From Jill Walker's blog today, a strangely interesting link to a blog binder. I thought it would be a new blogging tool, but it is an ordinary folder with paper dividers. The picture of a binder with handwritten notes seems incongruous in relation to blogging, its DIY flavour at odds with the technological context, proof if ever there was that we are not digital natives. A conversation in college recently showed that even the most technologically minded still write articles longhand, the speed of the machine somehow hindering the thought process. Others write all their reading notes on notebooks, paper supporting paper. I still go around with several notebooks in my numerous bags, one for The PhD, one for funny quirky things I find in papers, or quotations from books unrelated to The PhD, one for lists... But I am also becoming addicted to the organising powers of Google, my personalised page holding my feed reader, calendar, notebook, to do list and del.icio.us links.

To learn about Internet security the easy way, read cartoons... 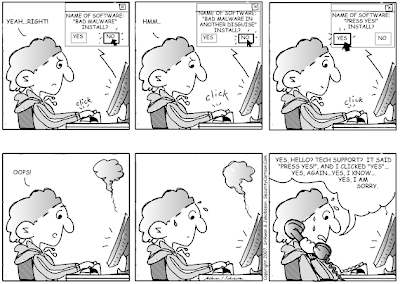 "Reprinted with permission of www.securitycartoon.com"
Posted by Cathy at 4:18 p.m. No comments:

The table at the post-grad barbeque is nothing compared to some of the tables photographed here
but it is incredibly opulent compared to others.

A lot of thinking... 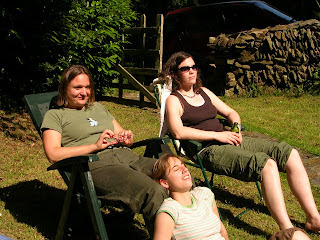 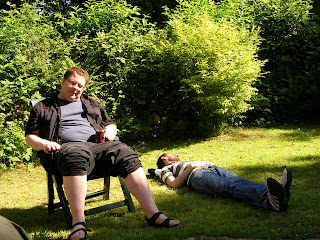 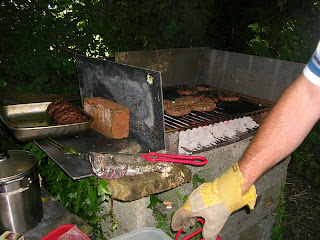 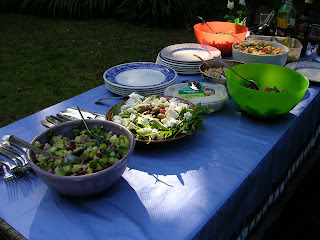 The LOL Cat craze has now given birth to the LOL Theorist brigade. Through Nancy Baym, here is Henry Jenkins... 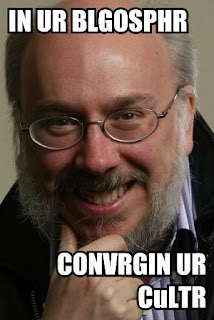 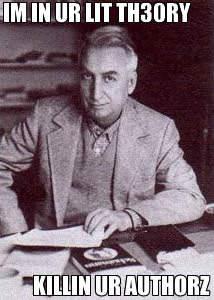 The Big Brother is on holidays, after a heroic attempt to cram a year’s studying into 3 days before his summer exams. He is now free from his mother’s nagging for a blissful 3 months and can dedicate himself to further improving his vocabulary.

A study in Britain last year, reported by the BBC, suggested that the average teenager has a vocabulary of over 12,600 words, just about half of an adult’s vocabulary. The most used words are, not surprisingly, yeah, but, no, and like. I would suspect fuck comes rather high on the list as well, but no mention of it in the article.

Very worried about the Big Brother's linguistic ability, I dug a little deeper. It seems that the average English speaker does in fact possess around 20,000 words. Out of 616,500!!! (French, it seems, only proposes a meager 100,000 words...) Michael Spears, a lecturer in journalism, has created a little test . I failed on a number of those... eleemosynary??? I guessed refulgent, but I was really good on the latin ones. Good old French secondary school, latin for 5 years, and I can still say arma virumque cano. Not that I would. David Crystal is more optimistic, according to this article, and suggests 60,000 words per graduate.

The Big Brother is getting there. We had a very interesting conversation around the dinner table.

"What does apathy mean?"

Great temptation there to give an example very close to home. I resisted, and explained.

"- And what does monogamy mean?"
- Monogamy???? What were you reading?
- It's in a song, an Eminem song
- Well, monogamy means marriage to one person only.
- Doesn't make much sense.
- That's a matter of opinion.
- No, it doesn't make sense in the song!"

The Big Sister rolls her eyes:

- Do you mean monotony?
- What does monotony mean?
- Dull
- Yeah, that makes sense.

Do not diss Eminem. The Big Brother is now three words closer to 60,000. It's going to be a long road. Get writing, Eminem! I would suggest eleemosynary and refulgent. Good rapping sound to those.